A Calvert 22 Foundation initiative supported by The Calvert Journal, the Prize champions contemporary perspectives on the people and countries of the New East (Eastern Europe, the Balkans, Russia and Central Asia), welcoming the work of professional and non-professional photographers alike. Its inaugural edition closed for submissions on Friday 19 August 2016 with a total of 1,030 entries from 25 New East countries.

The finalists have been nominated by an international panel of leading industry professionals and their work reflects a range of approaches and subject matters encompassing the use of video, portraiture and landscape photography.

The judging panel includes award-winning photographer Donald Weber, Creative Director of Calvert 22 Foundation Ekow Eshun, leading curator and critic Kate Bush, and Head of Photography for the Guardian and the Observer Roger Tooth, amongst others.

The finalists participating in the exhibition at Calvert 22 Foundation from 4 November – 18 December 2016 are as follows:

Ziyah Gafic
Bosnia: Paradise Lost
Ziyah Gafic is an award-winning photojournalist based in Sarajevo. Gafic was 12 when the Bosnian war erupted in the city. The experience of surviving and growing up under siege forms the basis of Bosnia: Paradise Lost. For this project, the photographer wanted to capture with unflinching reality his homeland in the aftermath of the war and the families trying to carry on with their lives.

Katrina Kepule
Sit Silently
Katrina Kepule works intuitively across portraiture, still life and street photography — a style she herself describes as “subjective documentary showing the ordinary in the form of elegiac photo narratives”. Throughout her projects she is repeatedly drawn back to her Latvian nationality. Sit Silently was shot in the suburbs of Riga but explores Latvia’s position on the periphery of Europe.

Eugenia Maximova
Associated Nostalgia
Bulgaria-born Vienna-based photographer Eugenia Maximova uses her camera to shine light on the everyday live of others, more specifically their homes and the way they decorate them. Over the years she has been drawn to the kitschy and gaudy interiors that she recalls from her own childhood. In Associated Nostalgia she focuses on brightly coloured trinkets, that date back to the period of communism when such items were displayed in living rooms for their rarity.

Sasha Rudensky
Tinsel and Blue
US-based photographer Sasha Rudensky’s work has appeared internationally in exhibitions and across publications such as New York Times Magazine, Aperture, Art Forum, Der Spiegel and others. In 2009 she returned to her native Russia to photograph the younger generation. Travelling between Russia and Ukraine for the following six years, her series Tinsel and Blue is an intimate ode to the “orphaned post-Soviet generation that came of age in an ideological vacuum”.

Alexander Epikhov
Badlands
Budapest-born film director Alexander Epikhov grew up in Los Angeles before deciding at the age of 19 to explore his Russian roots by studying in Moscow. This yearning to connect with the past spurred the idea for his deeply surreal short Badlands, shot around dark urban spaces of the Russian capital.

Andrey Shapran
Cape North. Chukotka
Riga-born Andrey Shapran has spent many years living in Siberia and the Russian North. His photo stories dedicated to this vast region have been published by National Geographic, Around the World, Geographic and Traveler Diary among others. For the New East Photo Prize, Shapran submitted his photos of the isolated northern peninsula of Chukotka. Known for its military bases and labour camps, it was nicknamed Cape North by Captain James Cook when he visited in 1778.

Michał Siarek
Alexander
Polish documentary photographer Michał Siarek is one of the youngest shortlisted hopefuls for the New East Photo Prize, currently completing his studies at the The Leon Schiller National Higher School of Film, Television and Theatre in Łódź. He’s dedicated the past five years to documenting the costly revamp of Macedonia’s capital, Skopje, including the erection of a controversial new 25-metre tall statue of Alexander the Great. Alexander questions who owns an antiquity that’s not only pertinent to Macedonia but the rest of Europe.

Michał Sierakowski
Uranium
From the 1950s the Sudetes mountain range that runs through Germany, Czech Republic and south-west Poland served as one of the major sources of uranium for the Soviet Union until they were completely drained by the 1990s. Michał Sierakowski digs up this history of human overexploitation of nature in Uranium. Sierakowski only completed his BA in Photography at University of Arts in Poznań, Poland in 2015 but has already been awarded the Lensculture Emerging talent award. Influenced by the Dusseldorf School of Photography and shot on a large format camera, Sierakowski’s stoic landscapes hide much more than they reveal.

Lana Stojićević
Black Hill
Croatian artist Lana Stojićević’s works encompass photography, video, sculpture, installation and embroidery, and are recognisable for their wit and curiosity. She draws much of her inspiration from her homeland, though in Black Hill the landscapes are not recognisable as such. The series centres around an industrial wasteland in the Ravni Kotari region of Croatia. Imagining the black slag heaps as the surface of an unknown planet, Stojićević transforms the landscape into an imaginary nation for which she creates her own traditional costume for its sole resident.

Danila Tkachenko
Lost Horizon
Daniel Tkachenko was born in Moscow and studied documentary photography at The Rodchenko Moscow School of Photography and Multimedia. His interests revolve around the neglected and forgotten, whether objects of former Soviet glory as in Restricted Areas, or individuals who have withdrawn from society to live in the wilderness in Escape. His latest project Lost Horizon takes inspiration from the Soviet space programme, its legacy and thwarted promises.

Vladimir Vasilev
T(h)races
Vladimir Vasilev is a Bulgarian-born award-winning photographer, who has been in residence for three years at the Samaritaine in Paris. T(h)races is a documentary project on Bulgaria that looks at the changes the country is experiencing, caught between the pull of the West and its communist past. This is a personal project, with the narration delivered from the perspective of both a Bulgarian and European citizen. This dual culture is a challenge for the new Bulgaria, which joined the EU in 2007 and is trying to shake away the wounds left by 45 years of dictatorship, all while preserving its unique identity.

The winner of the Prize was announced with a reception on Thursday 1 December 2016. Michał Siarek will see his winning project, Alexander, published as a photo book produced by Calvert 22 Foundation. Find out more about the winning series here.

A £1,000 grant dedicated to unfinished documentary projects was awarded by New East Photo Prize partner Bird In Flight to Elena Subach to help complete The Sacrifice.

Metro Imaging awarded their Mentorship Award to Lana Stojićević for her project Black Hill. The mentorship will be tailor-made to suit the needs of the artist, who will be fully supported over a 12 month period and receive £1,000 credit with Metro Imaging.

To complement the exhibition, from Friday 2 December – Saturday 3 December, Calvert 22 Foundation will host the New East Photo Weekend, with a series of interactive events including masterclasses, panel discussions, one-on-one portfolio reviews and print swaps aimed at photographers of all ages.

The programme will cover the essential steps to becoming an independent member of the professional photographic community while championing excellence from across Eastern Europe.

Roger Tooth – Head of Photography at the Guardian and Observer

Olga Osipova – Photo Editor of Bird in Flight, an online publication about photography and visual culture 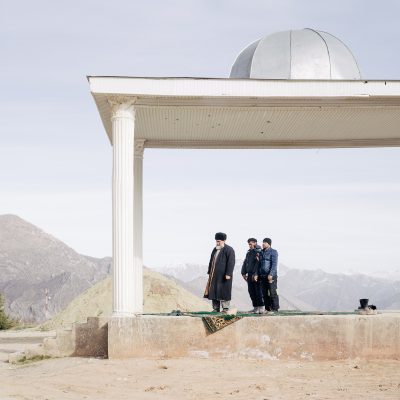 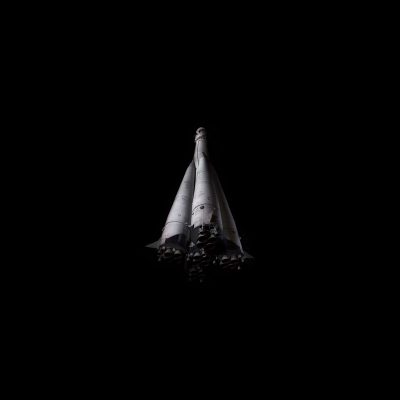 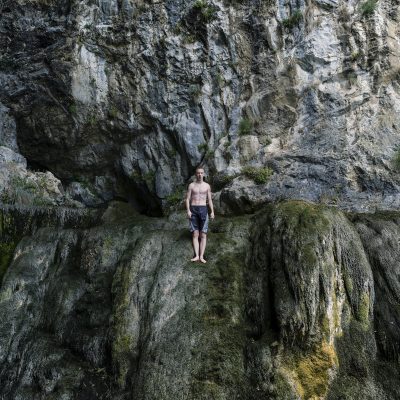 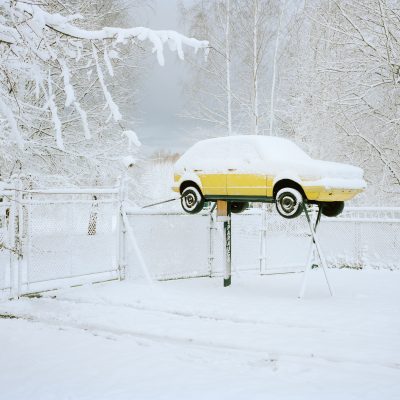 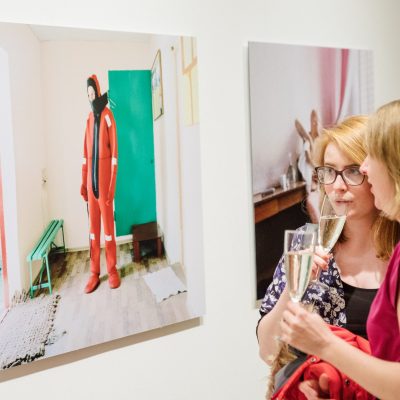 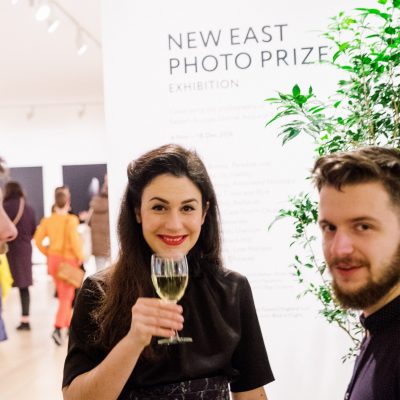 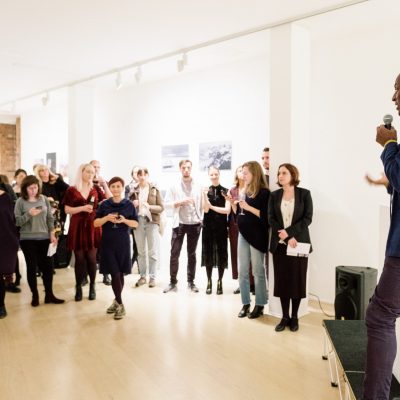